Representation matters. It is important for anyone who likes comics to be able to see a superhero that looks just like that. Eugene Ramirez Mapondera has done that for the youth of Zimbabwe, Africa, and anyone of African descent. Alongside two trailblazers from South African and Nigeria respectively, Eugene is a certified pioneer in the African Comic Book Industry. Eugene Mapondera has taken the global comic world by storm and revolutionized the way Africans tell stories and helped universalize the face of superheroes.

One of the most unique things that has earned Eugene Mapondera the title of one of the found fathers of comics in Africa is his approach and portrayal of villains. In Umzingeli, The African Bounty hunter, the villains are not found within a human or a specific archetype. Mapondera approached the issue of creating a villain from a fresh a perspective. For instance, in the comic named Nhepfenyuro, the villain is actually “the system” and this villain oppresses people psychologically, as well as economically. The villains were created in this way to personify certain mindsets, so that readers can tackle the sort of things that impede African development such as unemployment. Mapondera has also created other comics with actual villains, such as Tesla Morgan who is a metaphor for neocolonialism. In this way both the mature readers and younger readers intellectual needs are catered for. Umzingeli, a superhero that belongs to a historically advantaged group – black women, is tasked by secret organization to tackle corruption. The comic, named after the heroine, focused on Umzingeli’s mission to wipe out corruption and crime across Africa. 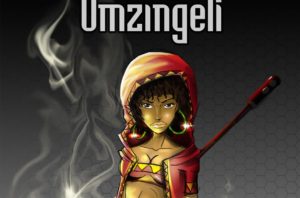 The attention that Mapondera’s comic have garnered is testament to the excellence and authenticity of his work. The popular news outlets Aljazeera and CCTV have paid attention and featured his work. There is a high chance that his work will make it to the silver screen.

This site uses Akismet to reduce spam. Learn how your comment data is processed.